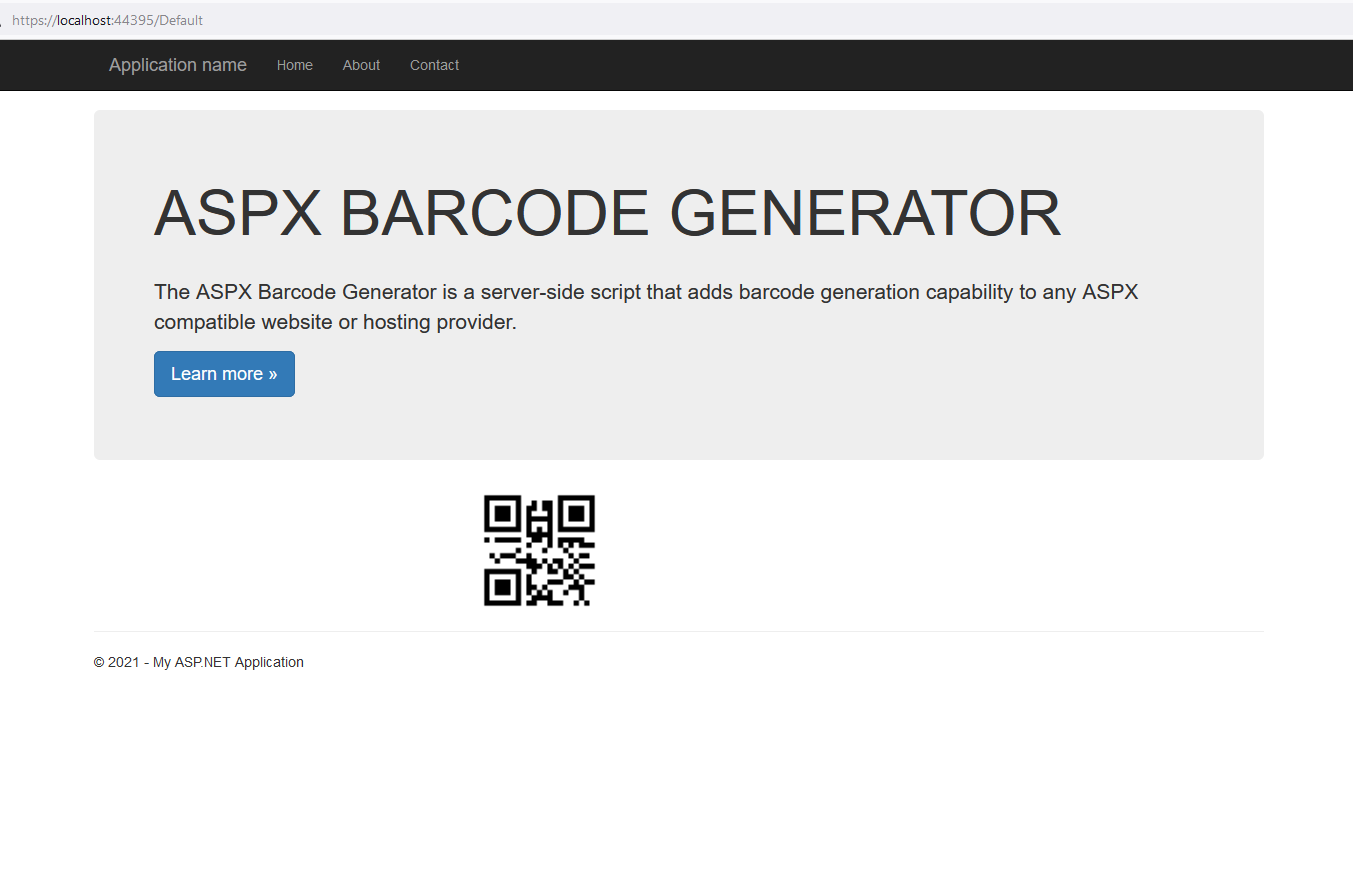 The ASPX QR Code Streaming Barcode Generator is a single script that may be used to display barcodes in ASPX-enabled environments such as IIS, or with web hosting providers that support ASPX script processing. This is a single file that requires no fonts or components to integrate or use.