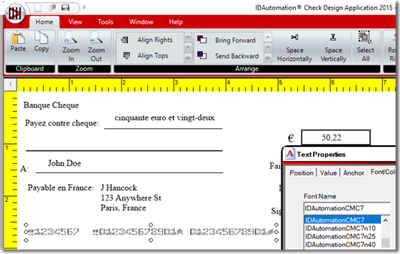 NOTE: Because the MICR CMC-7 Fonts are a high fraud item, all orders are subject to a manual approval process, which may delay the accessibility of the download link for this software.

If check writing software is needed for the United States, Canada, Puerto Rico, Panama or UK the MICR E13B font is required.

In addition to the normal CMC7 fonts in the package, three narrow versions are provided to support printers that print slightly darker than normal.

When a license is purchased for this font package, the following typefaces are included: