When switching from a symbol encoded font to a standard text font such as "Arial" or "Times New Roman" to view the contents, wing-dings or unrecognizable characters may appear or the area may be even appear blank. To resolve this issue, download and install this font and use the font named "IDAutomation Symbol Text" as the selected font to view the contents. Lean more about the advantages and disadvantages of using symbol encoded fonts.

This font contains characters (0-126 and 194-206) in standard ASCII locations within the ISO Latin-1 1252 character set and the corresponding locations of the Microsoft Symbol character set.

The following is the character mapping of the "IDAutomation Symbol Text" font: 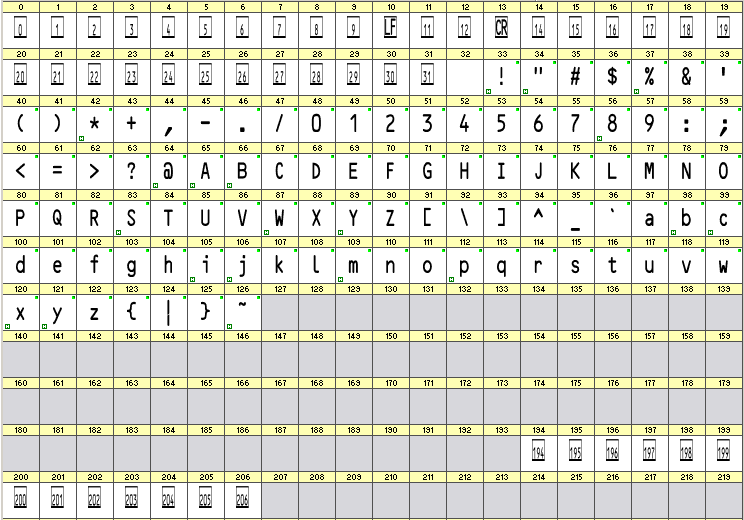