IDAutomation DotCode products are compliant with the AIM specification Rev. 4.00 2019 and GS1 General Specifications v20 2020. To print DotCode as a font, the data must first be formatted with a font encoder, which will return a text string that, when combined with the IDAutomation 2D Font, will create an accurate DotCode symbol. The font encoders provided by IDAutomation include the unique ability to generate the symbol from the IDAutomation2D font or common system font such as Courier New.

How to Encode Data in DotCode

The rules to format and encode data in DotCode are different than any other barcode type. The primary difference is that a leading FNC1 character is assumed by the barcode scanner when the data begins with a number.

Installation is a two-step process:

The tutorial links provided may show other barcode types being used. The process for implementation of DotCode is the same except for the calling function. For example, instead of IDAutomation_QRCode, the function would be IDAutomation_DotCode. Refer to the examples in the integration folder provided with purchase for more information and working examples. 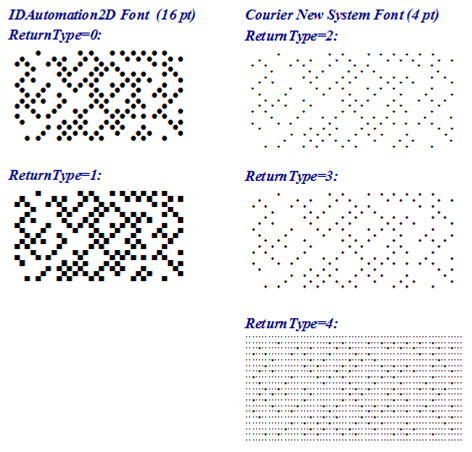 The aspect ratio is set with a two digit number where the first number is for columns and the second for rows. The default ratio is 21 which means 2 times more columns than rows. Specifications recommend aspect ratios between 12 and 21, however, ratios between 18 and 81 are acceptable to most scanners. IDAutomation allows the setting of any aspect ratio between 19 and 91. 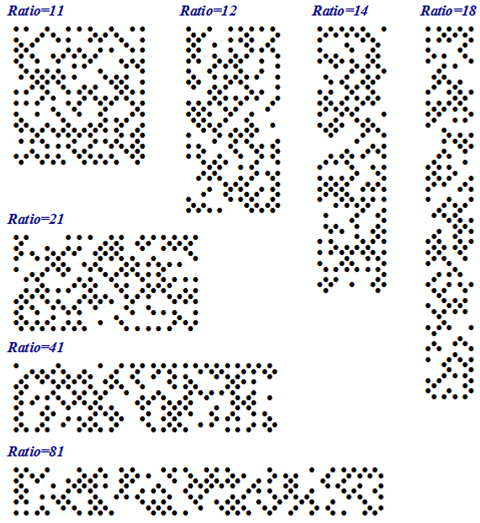 Enabling ApplyTilde will allow the following;

ASCII characters and functions may be directly encoded using the format ~d??? where ??? is the ASCII number. This is commonly used to encode functions such as a tab (~d009) and the return (~d013).

Calculation options where ?? is the number of digits before the tilde to include in the calculation: