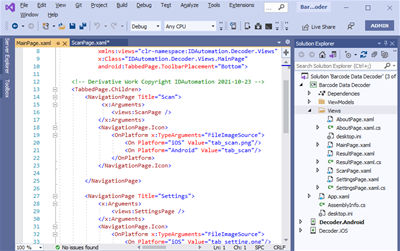 This SDK is a Visual Studio 2019 Xamarin solution in C#. It is the complete source code for the Barcode Scanner Decoder App that runs on Android and iOS. The project could be modified as needed for custom apps or to add scanning capability to existing Xamarin Apps. The app scans barcodes to verify encoded data, decode and reveal hidden ASCII control characters, GS1 FNC1 AI codes and view information about the encoding of the symbol. It can also parse encoded GS1 data to separate out each application identifier and element string. It reveals ASCII functions that cannot be printed or viewed on the screen including the <FS>, <RS>, <GS>, <CR>, <LF> and <EOT> functions commonly used for ISO/IEC 15434 and other custom applications. Examples of symbols and decoder results are shown on the symbol scan examples page. 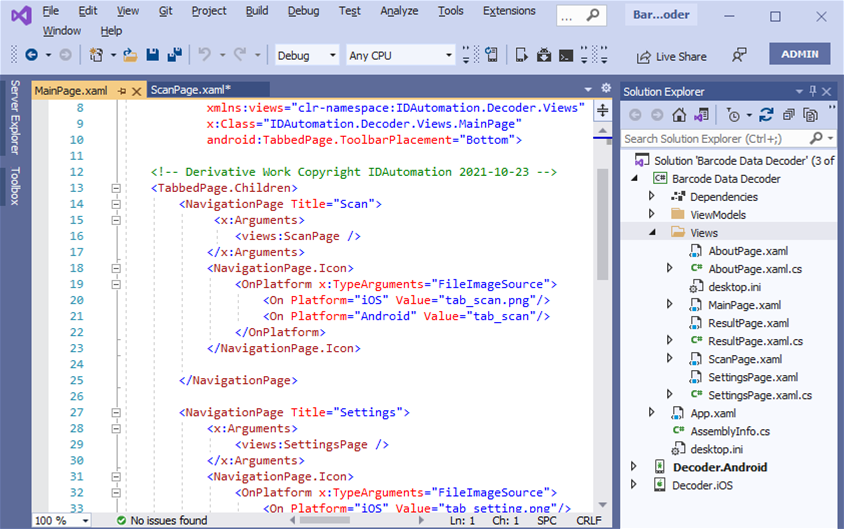 The scanner portion of this project uses an open-source decoding library that was ported to Xamarin C# code and then modified by IDAutomation to function as intended. Most of the project is a modified derivative work with several bug fixes and modifications from the original code. The derivative works are Copyright by IDAutomation and commented appropriately in the source code. 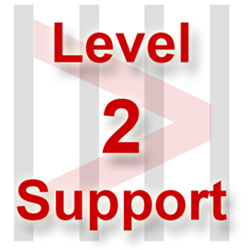