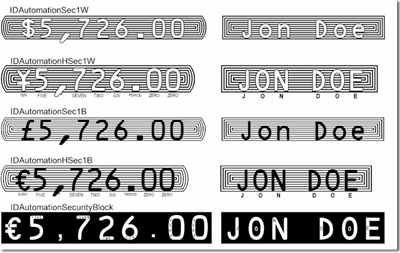 Security Fonts are used to securely print text, names, and currency amounts on highly secure documents, such as a bank check, in a manner that cannot be easily altered and can prevent forgery.

NOTE: Because the Security Fonts are a high fraud item, all orders are subject to a manual approval process, which may delay the accessibility of the download link for this software.

Security Fonts are used to print secure text, names and currency amounts on highly secure documents, such as a bank check, in a manner that cannot be easily altered and may prevent forgery. This package includes 5 separate secure fonts in 6 different formats, both normal and descriptive, where the written characters appear below or embedded into the character. These secure fonts also include upper and lower case alpha characters, numbers, symbols and multiple currency characters including the Dollar, Euro, Pound, and Yen. 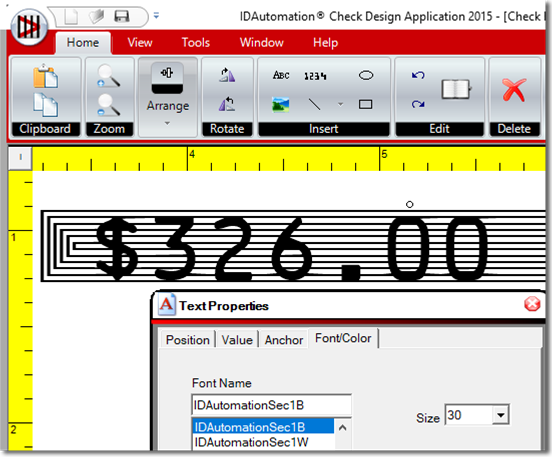 After purchasing a license for this font, the customer will receive all versions in a single ZIP file. The manual is supplied in a file named "Readme.html". The following fonts are included:

At certain point sizes, security fonts may appear distorted on the screen because the screen resolutions are low. Fonts are represented by the dots of the output device, whether it is screen pixels or the dots of a laser printer. IDAutomation security fonts are created for printing on high-resolution printers at 300 dpi or greater.