Mobile platform developers may also be interested in IDAutomation's Streaming Barcode Products that can easily stream a barcode image into custom apps.

.NET Standard compatible code and multi-platform libraries replace prior generation PCLs (Portable Class Libraries) by establishing greater uniformity across .NET implementations. These libraries should not be confused with .NET Compact Framework DLLs which also support mobile devices. The .NET Compact Framework is specifically designed to be used on devices with tight memory constraints such as devices running Windows CE.

Examples projects are included for .NET in Windows and Xamarin for iOS and Andriod and were created with Visual Studio 2019. The examples generate the barcode symbols in several different ways for various applications. Barcode may be generated with the IDAutomation 2D font, Unicode Image or as an BMP, SVG, HTML or EPS image. 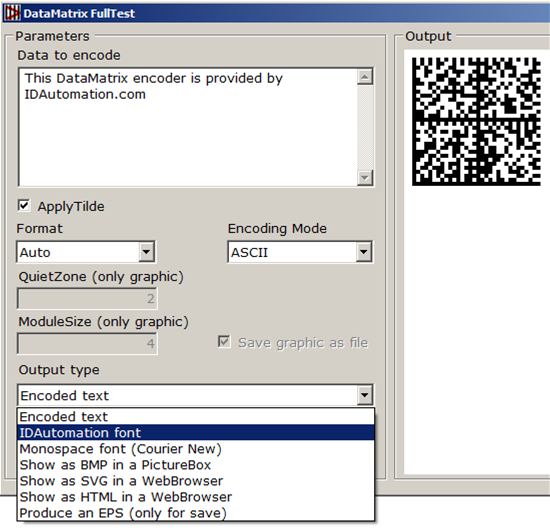