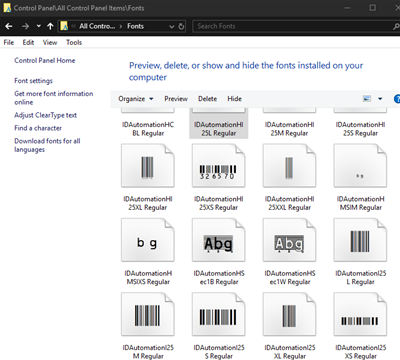 Most barcode fonts require special formatting so that the data will be scannable when the font is applied. IDAutomation provides font encoder tools with this TrueType fonts package to complete this process. These font tools can automatically format the start, stop and check characters that are required to generate a readable barcode.

TrueType fonts are provided in PC and Mac format. TrueType TTF fonts are compatible with Mac OS X and all versions of Microsoft Windows, including Pocket PC.